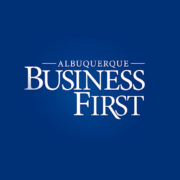 Jason Merkoski has long had a thing for Santa Fe. Two decades ago, the former Amazon tech exec came to New Mexico to work on a fictional story that was set in a mining town during the 1930s. Though it was never published, Merkoski said the experience helped set the stage for his return to the City Different in late July, this time to serve as chief technology officer for Albuquerque advertising tech startup AdWallet.

The startup rolled out beta testing nationwide on Oct. 22, allowing users to access the app from across the country. The product — which pays users for watching advertisements — was previously only available to users in New Mexico.

“I love hard problems. I love disrupting industries,” Merkoski said. He brings a wealth of experience to the company, having worked in various roles at Amazon, where he said he was one of the lead creators of the Kindle e-book reader.

He also helped manage the online retail giant’s rollout of its Appstore with an emphasis on the Fire TV. The New York Times wrote a profile on Merkoski detailing his view of e-books in 2013.

Moving forward, Merkoski wants to harness the power of data for AdWallet, working to create a “more robust, battle-tested” system that can handle millions of users. While it is not promoting a nationwide reveal at this time, the firm hopes to gather information from those new to the platform that can be used to guide the company’s next steps.

“[Data is] a great way of making scalability and efficiency changes,” he said.

The startup was founded in 2017 by Adam Greenhood, a former exec at Albuquerque ad agency Esparza. Its technology aims to improve advertising’s effectiveness by paying people who can correctly answer a question about an ad after viewing it. The app also provides analytics to advertisers once their campaign is over. It employs around 20 people, according to Merkoski, and is headquartered alongside local website and software developer Real Time Solutions at 2101 Mountain Road NW.

In May, AdWallet’s parent company, Hanno Ventures, posted a $1.38 million funding boost with the U.S. Securities and Exchange Commission. Its total funding disclosed with the SEC stands at almost $2.8 million.

AdWallet brings in money through payouts